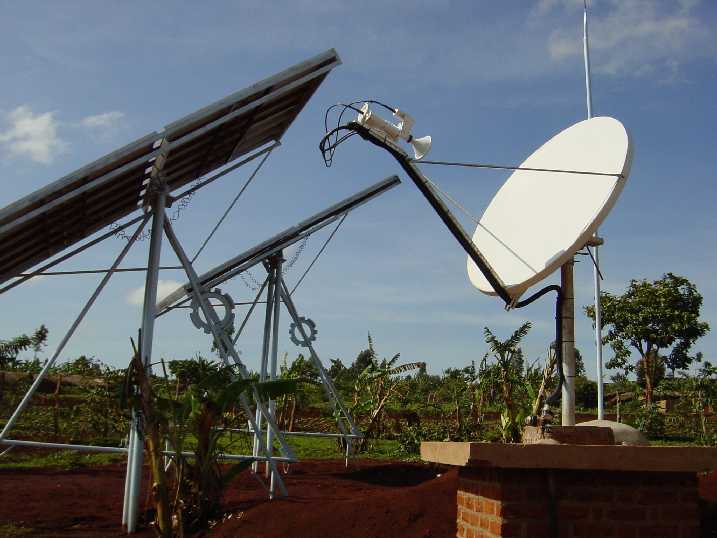 The Kasulu Internet Project (KIP) is an innovative rural development project integrating information and communications technology with advances in appropriate and sustainable power sources. The work is a partnership* of local and national government institutions, together with several NGOs and UN agencies, assisted by the private sector. KIP is providing education, health and economic development resources for refugees who have been forcibly displaced and are among the most marginalized communities in Africa–as well as for the rural poor in their Tanzanian host community.

The project is based in Kasulu, a small town in the Kigoma region of western Tanzania, and in the nearby Mtabila Refugee Camp for Burundian refugees. Through training in ICT skills, enhanced secondary and professional education, HIV/AIDS education, and the establishment of income generating projects, the project is developing much needed resources in this poor community. In addition, the work is promoting and encouraging cooperation and understanding between Burundians in the refugee camp and Tanzanians in Kasulu.

KIP has established three Community Internet Centers (CICs) in a secondary school at the Mtabila Refugee Camp, the Kasulu Folk Development College, and the Kasulu Teacher Training College. The communities at each site have contributed labor and other resources to the project. A steering committee with local residents, including representatives from the refugee camp and the Kasulu colleges, is making decisions about how all three CICs are used.

Kasulu Folk Development College (KFDC) was the first site in the community to have computer instruction. Their program helped train an initial group of residents in basic computer skills. The College hosts two-week long training workshops where local residents and refugees learned computer basics. Stella Daniels, a local woman who initially learned computer skills at KFDC, has been certified as a Cisco Network Academy instructor and now teaches in the community.

In Mtabila, the Mtabila Internet Committee (MIC) mobilized volunteers to construct a building adjacent to other school buildings for the CIC. The building has been outfitted with a 20 kWh solar power system to generate electricity, a VSAT terminal to receive Internet access via satellite and 10 computers. MIC has planned for the primary usage of the facility to be for education, including programs for secondary school students, women and professionals. An initial focus is to train camp residents for the International Computer Drivers License (ICDL), an internationally recognized certification. In addition, MIC is working with a local NGO on plans to rebroadcast Internet radio to the 500,000+ refugee population in the region. Daniel Minani, a resident of Mtabila and chair of MIC, has worked as a computer technician for the Tanzanian Red Cross/Red Crescent, and has led the planning for how the CIC will be used in the camp.

Kasulu Teacher Training College (KTTC) has refurbished classroom facilities to host a CIC as well as a Cisco Academy. A biogas system using cow manure from their herd generates 70% of the electricity needed to power the labs. A VSAT terminal provides Internet access via satellite. The CIC is being used to train future teachers to use computers and the Internet, for ICDL certification and as an Internet café. Revenue from training programs helps support the cost of Internet access, maintenance and ongoing operations. An additional lab is being used as a Cisco Networking Academy and students have started the first course. The school’s principal, Alphonce Mbonigaba, is proud to be training a new generation of computer-savvy secondary school teachers.

In less than two years, KIP has demonstrated a new model for bringing education, economic development and health resources to a refugee and host community. While the partners in the project are continuing to learn about the impact that ICTs have in this rural community and to understand emerging promising practices, KIP is already being demonstrated as a model for rural development by COSTECH, the Tanzanian Commission on Science and Technology. The partnership is now working on plans to replicate this work with other refugee communities. 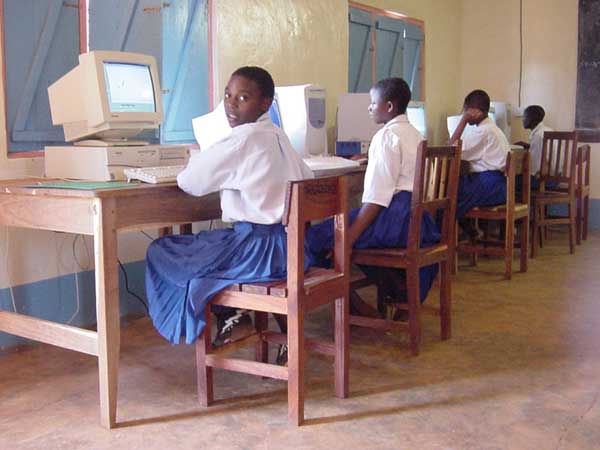 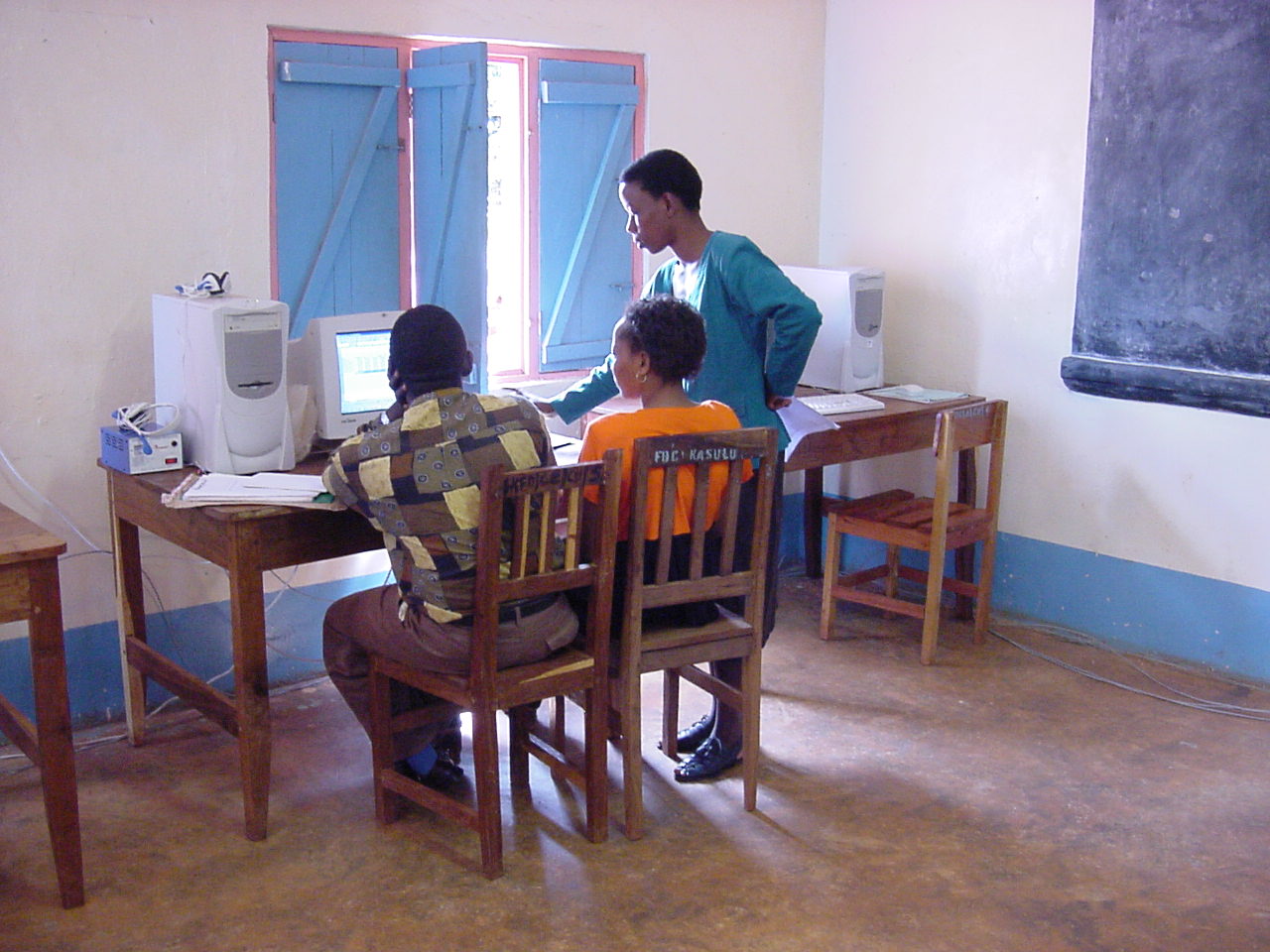 In July, 2000, GCF Board members met with UNHCR officials to talk about the feasibility of bringing Internet access to the residents of a refugee camp. Africa was the focus for this pilot project.

Local committees formed in Mtabila and Kasulu to investigate options and possibilities. An Internet Project Steering Committee was established by a VSO volunteer, who became the project manager.

A planning mission to Kasulu took place in February, 2001. GCF staff again met with refugees and local groups to identify their needs and their ability to contribute to the project.

The following project goals were agreed to by the interested parties :

1.   To increase awareness of and knowledge about information and communication technology.

3.  To promote cooperation and increase tolerance and understanding between Burundians in the Mtabila refugee camp and Tanzanians in Kasulu.
Project participants agreed on a set of joint goals and plans for the Kasulu Internet Project. Schools Online agreed to join the
collaboration to help with equipment deployment and installation.

go back to projects